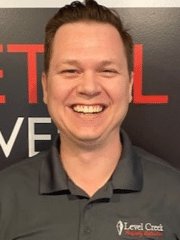 Stuart is originally from California and his hometown is Folsom, CA. After graduating from Sacramento State University with a degree in Business Management, Stuart spent 18 months living in Seoul, South Korea while being involved in professional gaming. Stuart moved back to the Sacramento area with his wife Crystal and began his sales career with DISH Network. After being promoted to the Suwanee office in Georgia, Stuart moved to Georgia in 2011 and hasn’t looked back since. Stuart has been happily married to his wife Crystal for 14 years. He also has a 6-year-old son named James. Stuart is an avid Atlanta United fan and can be found at every home game during the season.

Back to Previous Page Back to Meet The Team

We serve the following areas